My 11 Plus Success for a Barnet Grammar School 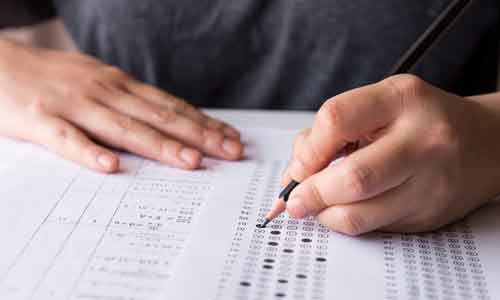 I had heard of the words “11 plus” murmured vaguely like a game of Chinese whispers in my son’s school playground, but I didn’t actually know what the process entailed. My son is my first child, so this was going to be as much of a learning experience for me as it was for him. I was a bit apprehensive at first; “do I really want to put my child through the stress of an exam at the mere age of ten years old?” I kept asking myself. However, I can honestly say that my decision to go ahead with the process was one of the best decisions I have ever made.

First thing’s first, I had to understand the process for myself; I spent a lot of time on google getting to grips with my borough’s approach to the 11 plus exam. The GL Assessment exam focuses on the familiar core subjects Mathematics and English, but it also throws verbal and non-verbal reasoning questions into the mix.  It was the latter group that worried my child. According to his teachers, he was excelling in Mathematics and English at school. I suggested my son check out Manchester grammar school’s past paper. My son was one of the top students in his year group, and I am so lucky as a parent to have a child who is driven enough to sit down and study calmly, without me having to push him to work hard. So when my son expressed his concerns about the verbal and non-verbal reasoning side of the exam, I knew I had to take action and contacted 11 Plus Prep School. 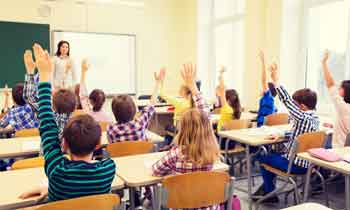 I employed them to help him with this area of the assessment for an hour every Saturday but then enrolled him into Saturday School at 11 Plus Prep School so he could get help all round. We booked a few mock exams for my son, just so he knew what to expect. He struggled with the first few, but we used these exams to identify areas for improvement and after weeks of hard work, he was making huge progress and topping the mock exams with the help of Ali and his team of tutors. I spent months watching my son put everything he had into improving.

Something I want to emphasise here is that I still allowed my child to be a child. I didn’t let this process consume him; no ten-year-old should be deprived of their childhood. I drew up a study timetable with my son and factored in time for playing and relaxing because, after all, he’s ten years old. I promised myself that the moment this process gets too hard for my son, we would reassess our situation and the possibility of attending the local comprehensive school instead. Far too often you hear stories about children who are forced to study by their parents; these children become sad and depressed, words which I strongly believe should never be used to describe a child. Of course I want the best for my child academically, but I also want the best for my child’s emotional wellbeing. So my top tip for you is to seriously consider how far you’re willing to go in order to get your child into a top school. Whether you’re looking for Manchester Grammar School, Bristol Grammar School or Queen Elizabeth Boys School or Henrietta Barnett School, do allow your child to be a child. Similarly, don’t get too lax and take it too easy, listen to the advice given to you by your tutor, and read out the past papers.

With a timetable in place, a tutor hired and mock exams booked, my child knuckled down and got to work. I watched my son struggle to balance his 11 plus revision with school work and 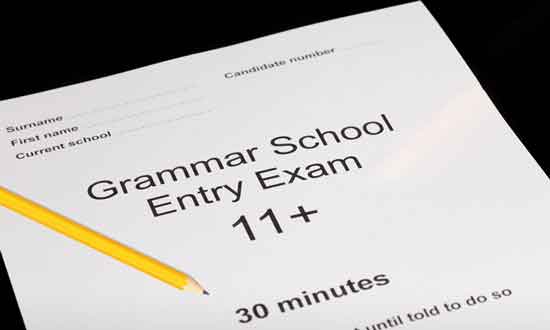 extracurricular activities. I watched my son feel disheartened when he struggled with the verbal and non-verbal reasoning questions. I watched my son put in put in endless hours of hard work to achieve his goal. As I watched my child spend hours working his way through 11 plus practice papers, 11 plus grammar school past papers, I couldn’t help but ask myself if this was the right decision. I prayed it would be worth it. He

However, something that filled me with joy was seeing my son improve with every session of tutoring. In hindsight, I am glad he struggled at first because the experience taught him that if you work hard and put your mind to doing something, you will improve.

Finally, after a year of preparation, the time had come.

I drove my son to his first exam and we were greeted at the gates by student helpers who were assisting in ensuring the day ran as smoothly as possible. It was the first round at Dame Alice Owens in Potters Bar. The first round was verbal reasoning and only the top 300 students would go into the next round. There must have been thousands of kids there nervously waiting to sit the 11 plus exam; it is a very popular school. I immediately noticed how kind and caring the student helpers were, and they spoke to us in a calming voice as they knew from first hand experience how nervous the children were.

I kissed my son goodbye and wished him good luck. He responded with a hint of a smile and the words “thanks mum”.  As I watched him walk off into the school on his own, I felt a small tear roll down my cheek. My son was growing up and, as always, I was so proud of his determination and drive.

We repeated that several times as he had to take many exams for the two schools we applied to. After every exam I made sure not to speak about it with him because I didn’t want him over analysing what had happened. It was done and in the past. I also allowed him a treat after every exam; chocolates or sweets, cooking him his favourite meal, or letting him spend more time playing video games.

My son didn’t make it past the second round for one of the schools. It broke my heart to watch him cry as I told him the news. At first I considered not telling him the truth, in order to spare his feelings, because I was worried this would knock his confidence and demotivate him. After all, he was still in the running for one more school.

My son was disheartened at first, but something clicked inside him; he began to work harder than ever for the final school. We booked sessions more regularly with Ali at 11 Plus Prep School in the weeks building up to the final exam and my son dedicated all of his time to 11 plus revision. To my surprise, my child even decided to cut back on his hobbies and free time in the days

leading up to that final round, which was Queen Elizabeth Boys School in Barnet, just one test, multiple choice Maths, and English written by GL Assessments, to give one last push with every drop of determination that he had left inside of him. I had never seen my son so determined to succeed, and he did.

We were sat in the living room on the day he received the good news. When I told him, he was overjoyed. I will never forget the happiness in his eyes at that moment. Months of hard work, preparation and a lot of money had paid off. My son was so proud of his achievement.

The process was hard. I was lucky enough to find the right 11 plus tutors in 11 Plus School who knew exactly how to cater to my child’s needs. We filled the gaps in his knowledge, taught him the correct exam technique and watched him grow as a student.

And it was worth it. Every single penny, every single hour. I’m collecting his Q E Boys blazer today! Do you want to hear the 11 plus writing diary?